You are here: Home / Building a home / Game Changer?

I’ve been watching the last few years as Elon Musk has been working steadily towards disrupting the automotive market with his Tesla vehicles. More specifically, I drove a Tesla, and started watching what Musk was doing with the company-moves he was making. First of all, if you haven’t driven a Tesla, do yourself a favor, go drive one. While the fit and finish, at least a year ago, was B at best, the ride was A+! But the real magic is-there’s nearly no maintenance. No oil. No fuel injection (no fuel!) No camshafts, pistons, rings, heads, exhaust, radiator, hoses, or any of the other million parts that typically require maintenance in a regular vehicle. In fact, except for a few brackets for the bumpers, there’s no ferrous metals at all in the vehicle. No rust. The electric motors should run for an owner’s lifetime, and then some. The battery is the one part that will be expensive to replace, but brake pads every 80k miles and that’s it. To me, that’s a game changer- you could buy one car and own it your whole life. IF! If you only need to drive under 100mi a day. Today. In the future that will go up, I’m sure. Why is this a Game Changer on a builder’s blog, you should ask? Well, along with the car, Musk has created a start-to-finish electrical ecosystem that these vehicles will be a part of. This summer Home Depot will be selling Tesla’s Powerwall battery storage units. The Powerwall is a big, stationary battery that mounts on your wall and sucks in electricity, and lets it out when you plug something into it. Like a car. Or, here’s the game changer, your house. Now, 1 Powerwall can’t run a whole house for very long, but they can be purchased and mounted in series, and act as a battery back-up for your house in case of utility system failures during storms etc. So, that’s cool and all, but there’ve been battery back-ups before. Here’s where the Tesla ecosystem gets interesting-Tesla is coming out with roof shingles that are actually solar cells! These are also going to sell thru Home Depot. They aren’t cheap, but they can cover your whole roof, last for decades, and generate the electricity that powers your Powerwall array, and, thus, your car(s) and in an emergency, your house. Today, you buy your car, you run it by buying fuel, you take it to the shop every 6000 miles, and after about 3 years you’re ready to buy a new car.Musk’s vision is you buy your car, your roof charges it, excess electricity is stored until you need it, and you maybe never buy a new car. One word of warning- all of this is pricey, and none of it can be installed by a do-it-youself-er. Licensed electricians that have some facility with converting DC to AC power, backup generation, transfer switches, etc. need to be employed. Yes, we can help with all that if you want to get a jump on the cutting edge of this. However, Musk may run out of capital to accomplish these goals. Or the pricing may just be too darned high. But if he’s successful, these things, together, could be a real Game Changer. 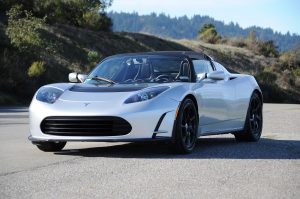 The Tesla Roadster Sport out in the sunny California countryside on January 19th, 2011. Photo by Joe Nuxoll. 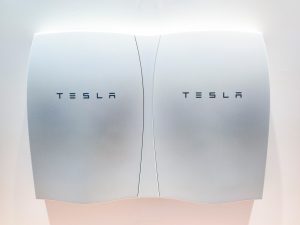 If you’re thinking of building…

You should have a conversation with Rob Myers. For twenty years, Myers Homes has offered its customers straight talk, inspirational design, and unparalleled execution. Using a unique team-oriented design/build approach, he can help you build the home of your dreams. Treating the design/build process as a whole allows give you control over the entire process - assuring a quality end result.
Have a conversation with Rob Myers

When decorating or building a home, don't forget about the walls.
With the help of a bath designer, revamp your bland bathroom with a walk- in shower, multiple bathroom sinks and a new bathroom vanity.